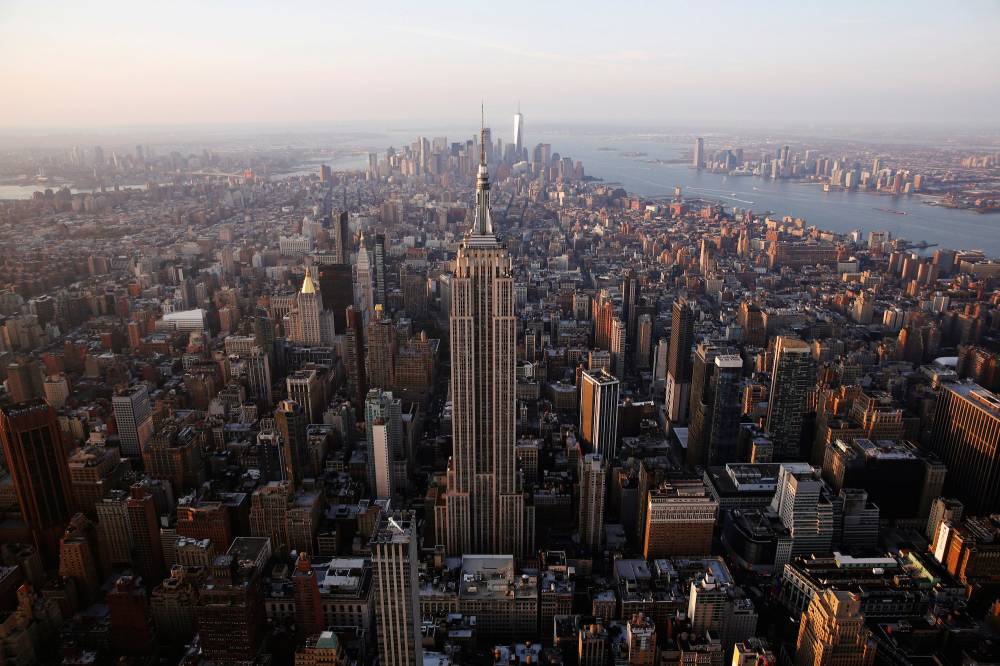 As rising sea levels continue to pose a threat to coastal regions of the U.S., low-lying but densely populated regions like New York City are rethinking their approach to the built environment.

Last week, a National Oceanic and Atmospheric Administration report warned that coastal regions of the U.S. look set to face a future of steadily rising sea levels. In the worst cases, parts of America could experience sea-level rises of as much as eight feet by 2100. And, as NOAA oceanographer William Sweet told CBS News, it's "not rising like water would in a bathtub ... in the Northeast [levels] are expected to rise faster."

New York City in particular faces a serious conundrum: it is low-lying, yet home to incredibly expensive real estate. Since 2012, when it was devastated by superstorm Sandy, the city has been weighing ambitious plans for defending itself against further assaults from the sea—among them a large chain of artificial islands and a giant flood wall designed by the Danish architectural firm Bjarke Ingels Group.

But the threat of rising tides is shaping change on a more basic level, too. The New York Timesreports that the risk of future flooding is changing the way that buildings are designed in the city. Gone, for instance, are top-floor penthouses, replaced instead with emergency generators that won't get flooded—and can provide enough power for residents to remain in their apartment for as long as a week. Elsewhere, special drainage systems channel water away within foundations, and ground floors are being built with materials that can tolerate floods.

Meanwhile, Curbed reports that initiatives are also under way outside of Manhattan. In Broad Channel Island, in the borough of Queens, street levels are being raised so sidewalks and roads stand taller than previously relative to the nearby waters of Jamaica Bay. And in another Queens district, Breezy Point, new houses are being built on raised platforms to save them from floods.

If all else fails, we could embrace the seas. The government of French Polynesia has just agreedto consider hosting a city of floating islands, which have long been in development by the Seasteading Institute. The idea: small, floating structures employ renewable power and sustainable aquaculture to allow inhabitants to fend for themselves in harmony with the ocean.

But for settlements like New York City, that's currently not an option. Instead, it's time to design for the worst and hope for the best.