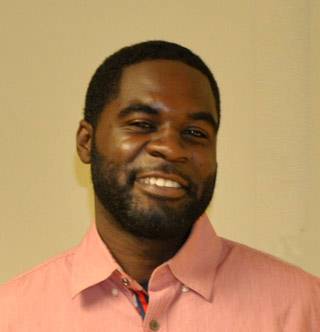 has been performing regional atmospheric climate research in urban regions for over 5 years during his work with advisor Professor Jorge González at The City College of New York, and is currently a postdoctoral researcher at the University of Puerto Rico at Mayagüez. He has presented his work on the effects of data assimilation of particle size distributions on precipitation forecasting at national and international conferences under the sponsorships of EPP NOAA-ISET and NOAA-CREST Centers since the summer of 2008.

After investigating aerosols and their effect on intricate and variable summer storms over NYC, Nathan wanted to explore weather and climate in the Caribbean; a place that is both on the forefront of global climate change and also where his parents hail from (Guyana). He then accepted a postdoctoral position at the University of Puerto Rico at Mayagüez. At Mayaguez, he investigates aerosol impacts on weather and climate in the region. Dr. Hosannah also mentors undergraduate students, and helps guide young researchers in NOAA-CREST under the supervision of Professor Hamed Parsiani. This work led him to extend his analyses to season-long periods, which include Saharan dust intrusion, marine aerosol and smoke created from biomass burning. Nathan recently won a prestigious 2-year National Science Foundation Post-Doctoral Research Fellowship based on his proposal to expand his studies in the Caribbean starting January 2015.

In addition to his passion for science, Dr. Hosannah is involved in social entrepreneurship as one of two directors at Uppademics, a not- for-profit venture he founded with his cousin and comrade in music, Danon Singh (a graduate of the CUNY School of Law). Uppademics seeks to support, educate, and empower NYC students who wish to balance their artistic passions with their academic goals.

Nathan's promising career exemplifies the kinds of scholarship and social engagement NOAA-CREST hopes to cultivate, and we are very proud of him.