NOAA-CREST Inspires a New STEM Generation at the BEYA Conference 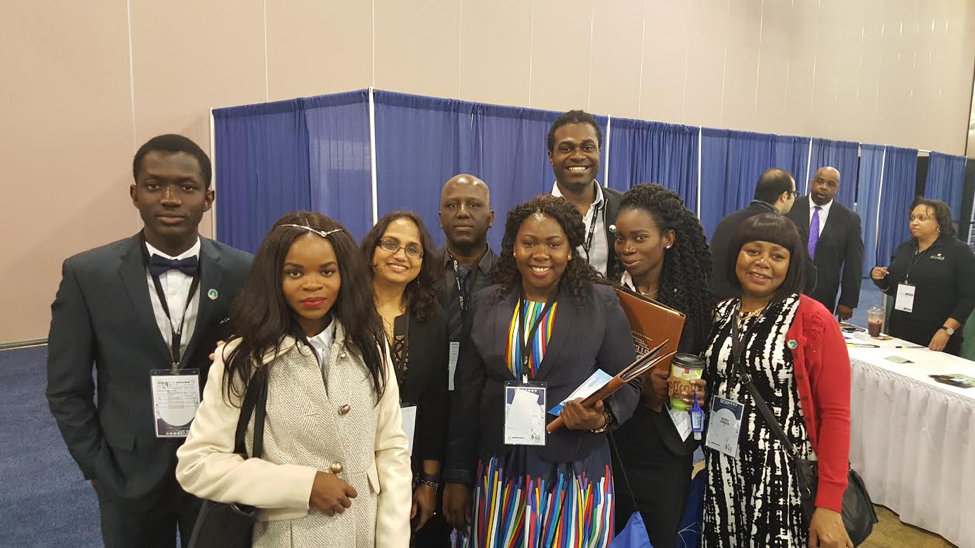 NOAA-CREST helped to inspire a new and diverse generation of STEM workforce at the 2016 BEYA Conference, which took place on February 18-20, 2016 at the Philadelphia Marriott Downtown in Philadelphia, Pennsylvania. The BEYA Conference is an annual event that addresses the inequities of diversity in technology and science as a means for increasing awareness, improving attitudes, and expanding opportunities for the current and future workforce. Hosted by US Black Engineer & Information Technology Magazine, The Council of HBCU Engineering Deans, and Lockheed Martin Corporation, the BEYA Conference aims to get a new generation involved with STEM, which is one of the largest growing fields for employment.

NOAA-CREST’s own Dr. Shakila Merchant encouraged young women to get involved in STEM and engineering in a panel called The Future Started Yesterday. Since women and minorities are currently incredibly underrepresented in the STEM workforce, Dr. Merchant made it a point to inspire the high school students to seek a career in this stable and highly beneficial field.

Drawing upon her own experiences being a woman and minority, Dr. Shakila Merchant explained the benefits, success, and the fulfilled sense of goodwill that came with her career at NOAA-CREST. As a center that enjoys the benefits of a diverse group of students and faculty,

NOAA-CREST was able to convey how welcoming and vital an education it provides. With a large audience of high school and college students, NOAA-CREST then tabled an exhibit that was able to present the benefits of a career in STEM. One of the main concerns for many students of all ages is their future job-earning potential. By showcasing at the BEYA Conference,

NOAA-CREST and many other organizations & companies were able to encourage a new, diverse generation of students in Philadelphia to seek out the stability and financial security that comes from a job in a STEM field. We can’t wait until next year’s BEYA Conference!