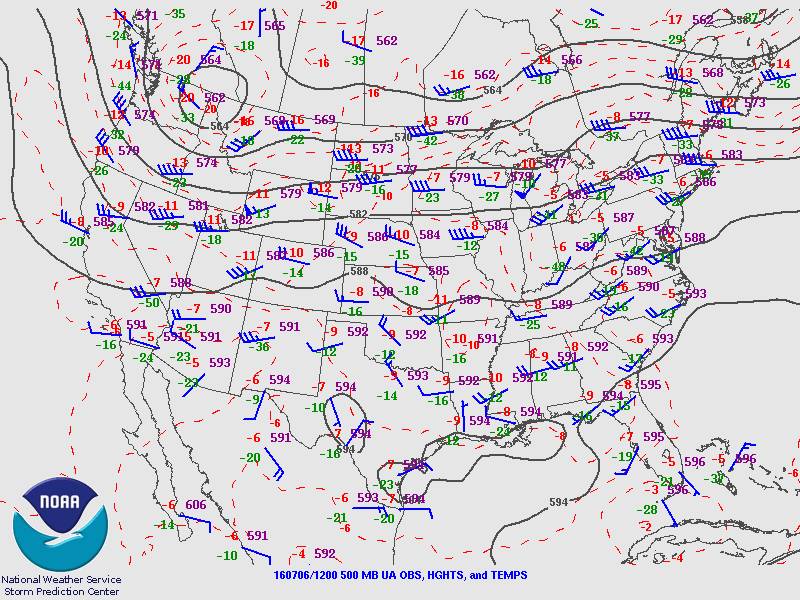 Event No 2 Summary: The analysis reveals several intensive heat episodes throughout July, with a second and continued heat wave that started July 22nd, 2016. The average UHI value clearly captures the synergistic interaction between heat waves and urban processes (Figure below). The UHI is amplified by nearly 2.5-3.5 times its average summer value. The model forecasts capture the spatial variability in heat index, particularly in the nighttime values. 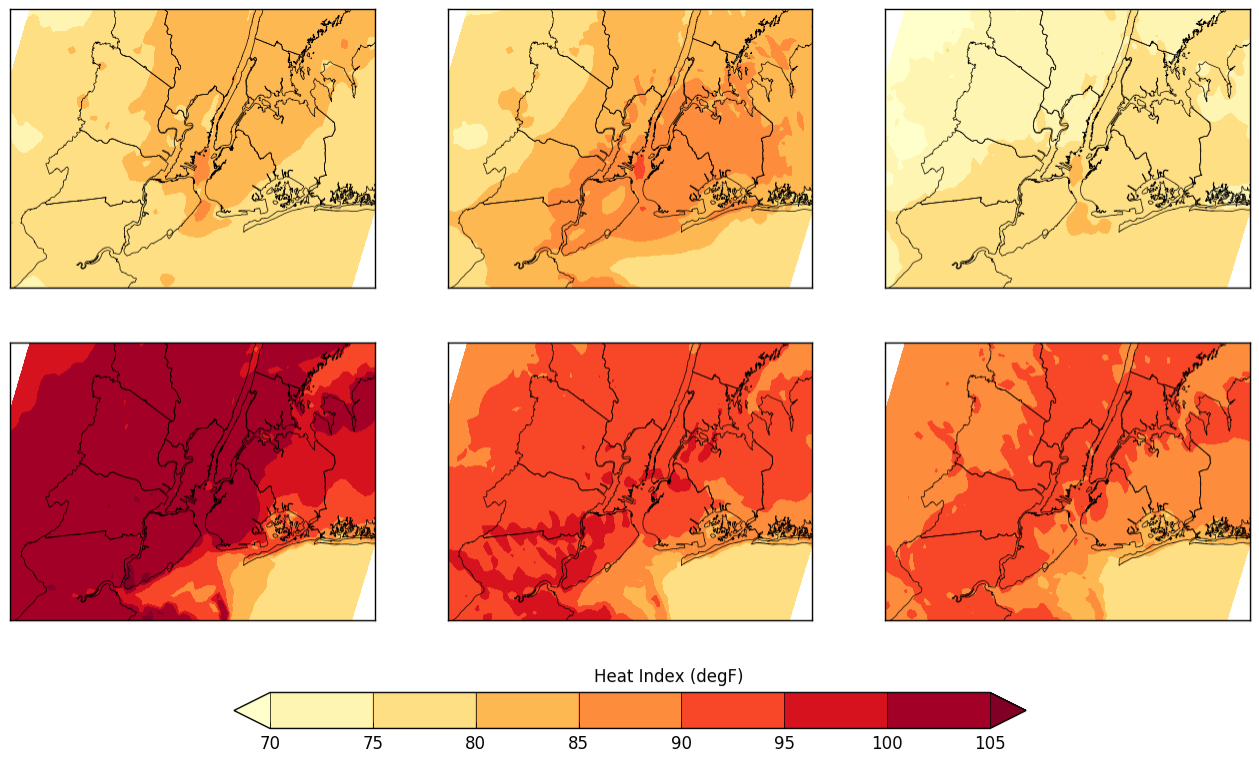 NYC Boundary-layer Observations:The thermal conditions of the atmosphere above the City was continuously monitored using a microwave radiometer located at CCNY campus (operated by NOAA-CREST@CCNY). Fig below virtual potential temperature contours from ground to 5km beginning July 9 to July 23. During July 15th to 18th, when the 2-m air temperature were around 90°F during the midday and afternoon periods, high temperatures are visible in the lower portion of the boundary layer. This is also visible on July 22nd and 23rd as the heat wave sets in. During non-heatwave days, the temperature in the PBL is at least 10K cooler.

July 4-July 8 th 2016 was the first heat wave of the year and the following is an initial analysis from our summer heat campaign here at CCNY. On July 6th a mild upper level ridge is visible at 500 mb (synoptic map below) and at sea level we could see a thermal trough. 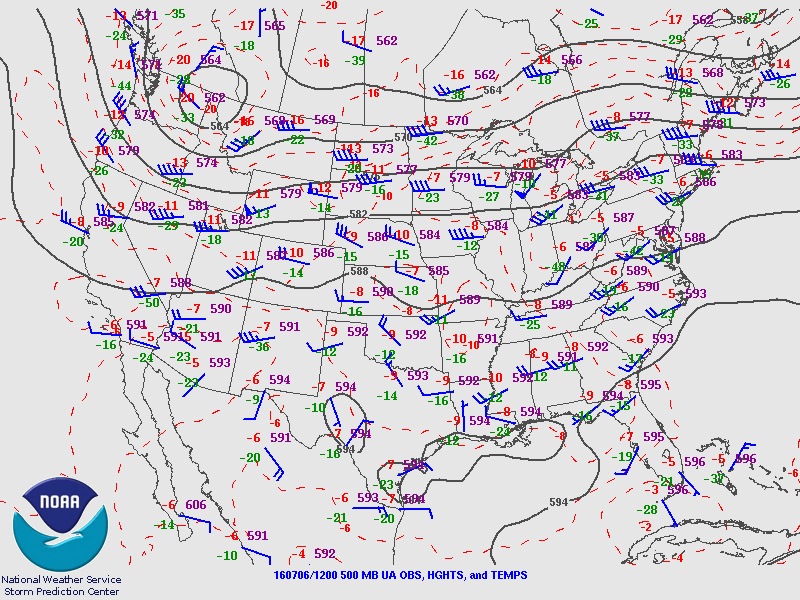 The ridge is the primary driver bringing hot air from aloft and leads to the development of the trough. As expected the near surface air temperature soared during the next 3 days. The surface stations (figure below) compare air temperature recorded at 4 National weather service’s automated weather stations beginning July 4th. While JFK, LGA and central Park stations are located in the City, MGJ is a rural reference site from NJ.

The urban heat island intensity was close to 12-15°F during the nighttime. It is interesting to note that the NWS forecast a high of 90-91 °F, which was close to the rural temperature. It should also be taken in to account that JFK and Central Park values are not the ideal representation for NYC as the former is heavily influenced by sea breeze, the latter is surrounded by vegetation. In most neighborhoods in NYC, the air temperature would be closer to that recorded at LGA or higher.